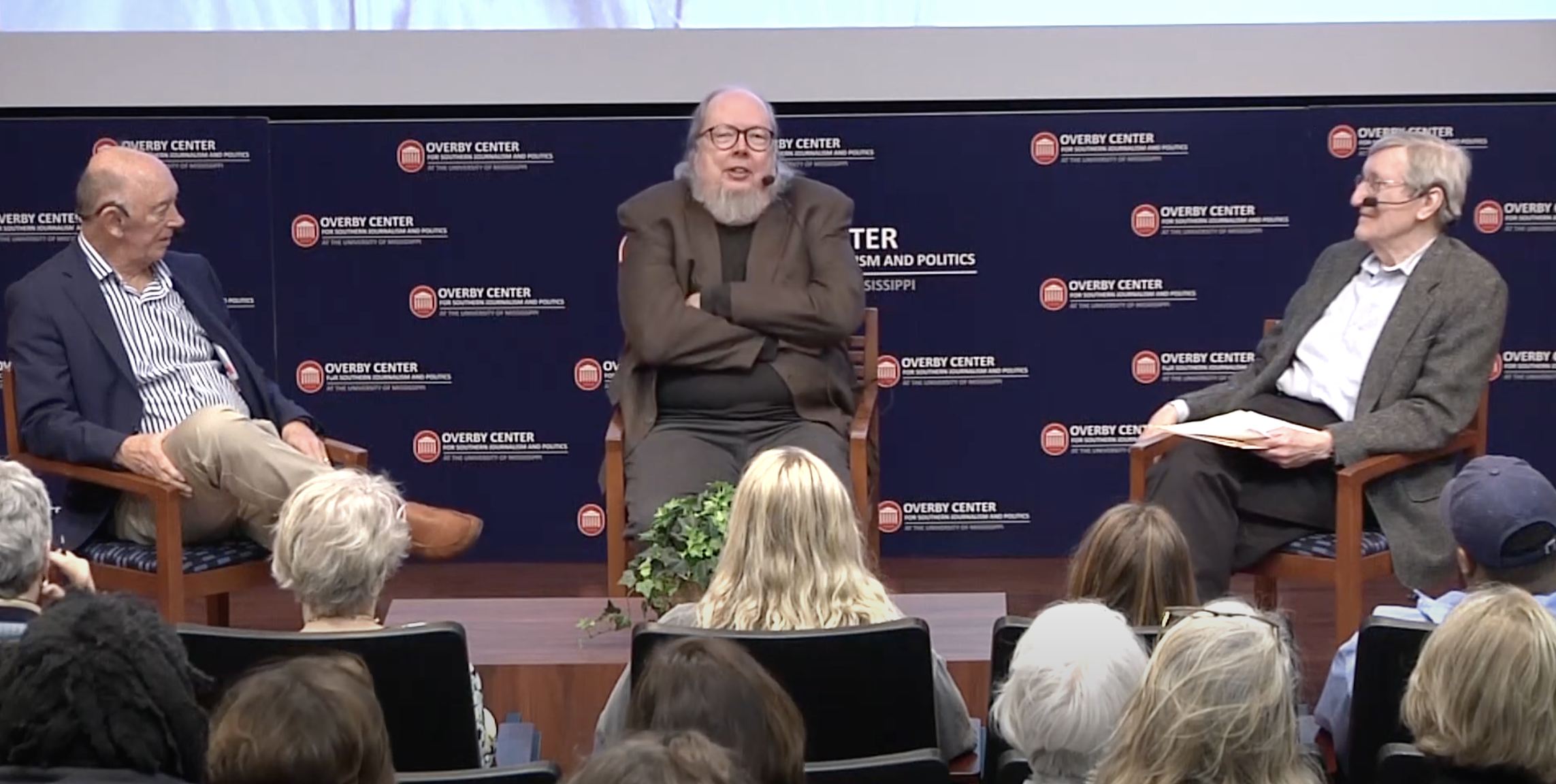 A Conversation on the Intersection of Religion and Politics

A Conversation on the Intersection of Religion and Politics

Two nationally known journalists who specialize in the coverage of religion were at the Overby Center for Southern Journalism and Politics on Tuesday, Feb. 18, at 5:30 p.m. to discuss religion and the 2020 election. The journalists are Terry Mattingly, a senior fellow at the center and editor of the daily blog GetReligion.org, and Richard Ostling, a former chief religion writer for The Associated Press and a former senior correspondent for Time Magazine.

“The intersection of religion and politics is often misunderstood or stereotyped. This year’s presidential election will definitely be influenced by religion. Our discussion should offer fresh insights into what to expect in the upcoming primaries and general election,” said Charles Overby, chairman of the center, who moderated the conversation with Mattingly and Ostling.